Notes from CFN viewing the game

"OU starting on its own 3 … And welcome to the new legend. Adrian Peterson ripped off a 44-yard dash and was a half step away from being gone" "All Peterson needs is a little bit of a hole and he’s a ten-yard run waiting to happen" "It’s going to be the chic thing to say, but Peterson is ready for the NFL right now. You can’t tell me he’s not physically ready to contribute on the next level" "Finally, Benson broke a big run. It’s funny; after watching Peterson, Benson looks a half step slower." "Peterson is making a Heisman statement. Texas doesn’t have an answer for him" "What’s with the kissing up to Texas in the loss? Griese and Brad Nessler are dogging Peterson for wanting to go to Oklahoma because “Oklahoma does a better job of developing players and going for championships.” Uh, yeah. Where was he wrong" 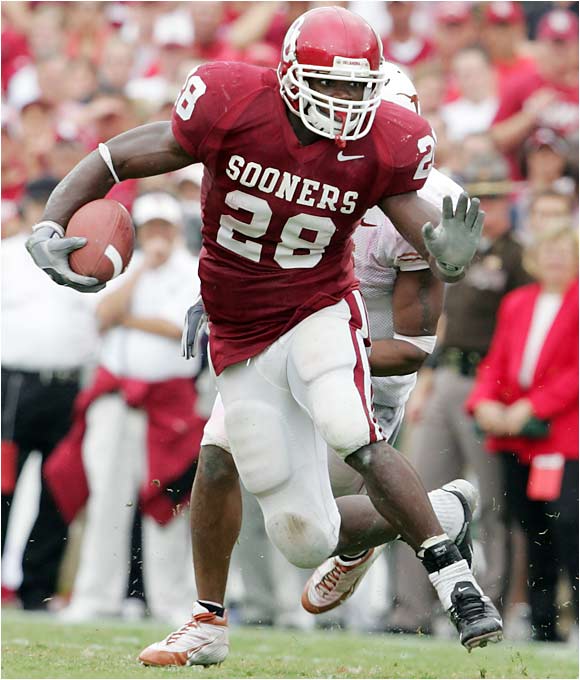